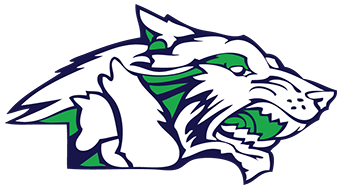 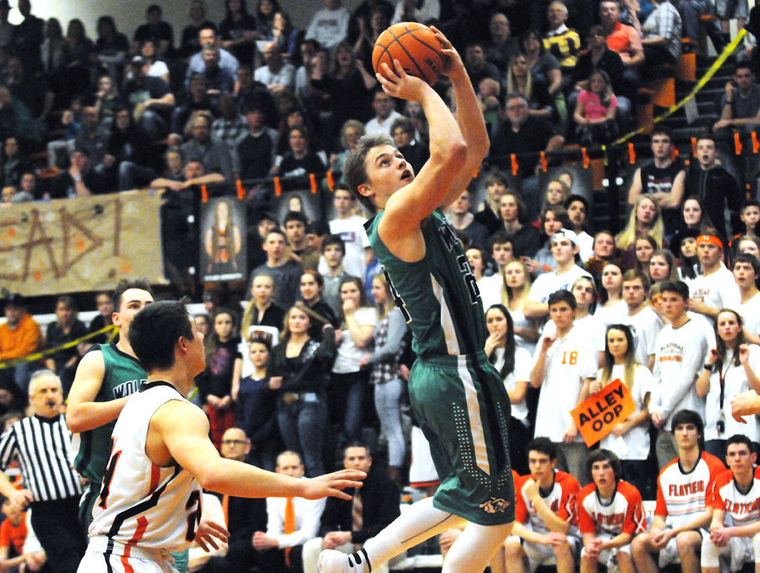 Big shots and tough defense allowed Glacier to run away with a crosstown victory at Flathead High, beating the Braves 55-39 in a Western AA boys basketball contest on Tuesday night.

In a low-scoring first half, Glacier was able to pull away from Flathead early thanks to a pair of 3-pointers midway through the first quarter. Five-straight points to open the second quarter sent the Wolfpack to its first double-digit lead with a 18-7 advantage with 2:30 to play in the half.

The lead was only made worse with Flathead’s cold shooting, as the Braves failed to score for the first six minutes of the second quarter and for eight-straight minutes in the first half. The Braves closed the half on a 6-2 run, but trailed 20-13 at halftime.

Flathead shot just 19 percent in the first half.

Glacier pulled away again at the start of the third quarter, helped by a kickout 3-pointer from Tadan Gilman and a pair of crafty buckets inside from senior wing Noah Lindsay. The Wolfpack defense forced a pair of steals that led to breakout layups and with 2:42 left in the quarter Glacier was on an 11-2 run to start the half.

“I was really proud of our effort,” Glacier coach Mark Harkins said. “I thought our defense was phenomenal tonight. We challenged them before the game that they had to have a great defensive game and they responded.”

Flathead’s got some great offensive players. We had to locate where they were and I thought the kids did a great job.

Flathead again closed the quarter strong, scoring five of the final seven points, but could gain little traction on the deficit.

The Braves scored four points to start the fourth quarter to cut the lead to nine points, but again struggled with turnovers as it tried to mount a comeback.

Flathead turned over the ball on the next four possessions and Glacier converted a 7-0 run to retake a 40-24 lead.

Even as the Braves scored on their next possession, Glacier was able to work into bonus free throws, hitting 11 of 15 from the stripe in the final four minutes.

Flathead hit its shots down the stretch, nearly doubling its total output in the final minutes of the game, but wasn’t able to get enough stops.

“I was really proud of my guys as far as their effort,” Braves coach Ross Gustafson said. “We talked about that before the game as we had to have a great effort, I thought that showed up: defensively, rebounding, loose balls. We did those things really well.

“We’re down 15 points late and my guys were flying around with all they’ve got. That’s something they can be proud of and hang their hat on.

“Unfortunately we didn’t shoot the ball very well. We didn’t put the ball in the hole and that makes it difficult, to play from behind always.

“That was a big factor in the game. Glacier was able to get out to that lead and always had that comfortable cushion.

Gilman had a game-high 20 points to lead Glacier and Lindsay had 14 points. Blayne Bailey had nine points and eight rebounds.

“Tadan has had several big games for us now,” Harkins said. “He’s becoming a consistent scorer. He’s not only a scorer he’s also getting rebounds for us and playing defense. He got several steals for us tonight.”

Matt Marshall had 13 points to lead Flathead and Sam Elliott had seven points and five rebounds for the Braves.

Glacier will host Missoula Hellgate in its next game on Thursday. Flathead plays at Hellgate on Saturday.